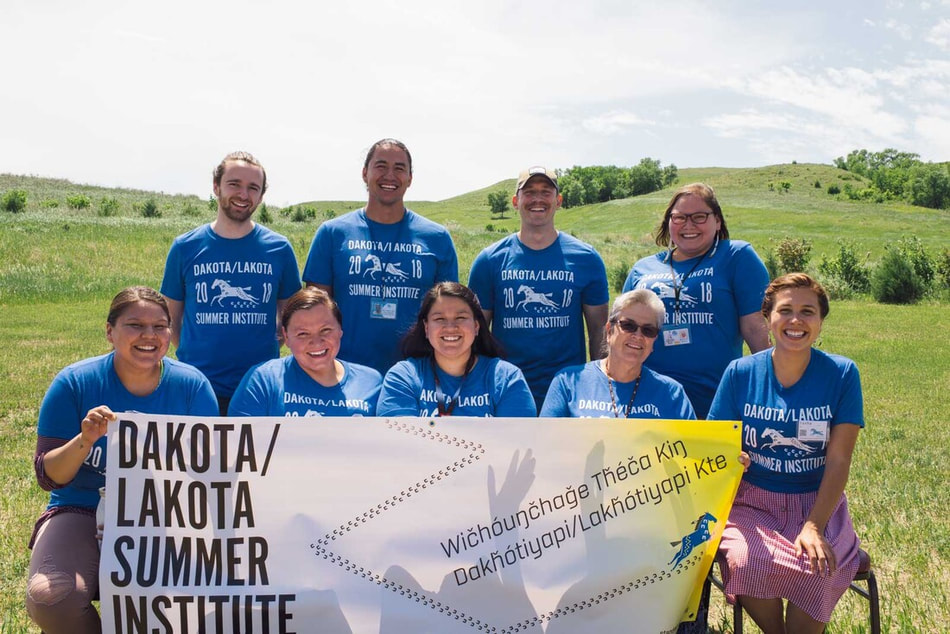 ​
NATIVE LANGUAGE REVITALIZATION
My research, writing, and activism, aim to help  scholars, practitioners and community leaders, better understand indigenous language revitalization. In recent decades Native communities have been dedicating time, energy, and resources to maintaining, reclaiming, and revitalizing their languages. Native languages serve as keys to accessing Native epistemologies and pre-contact perceptions of the world. Moreover, in settler societies like the United States–wherein settlers seek to eliminate Native bodies, identities, communities, culture, and ways of life as means to “justifiably” seize Indian territories– Native languages are politically significant. Because Native languages help maintain, sustain, and develop Native identity and sense of community, Native language revitalization serves as a direct form of decolonial resistance.  However,   Native communities are not simply “recovering” from a cultural-linguistic injury caused by a series of colonial incidents from the past. Rather, Native communities are working to revitalize their languages within societies that are organized around those same colonial values and goals.


BOOK PROJECT
My current book project Speaking Sovereign: Language Revitalization and Education on the Standing Rock Indian Reservation examines efforts to revitalize Native language in one particular rural reservation community in order to shed light on these processes at the grassroots level. Drawing from 6+ years of participant observation in the language movement at Standing Rock, this project examines the limits and possibilities of of a tribally-led Lakota/Dakota language movement.  As an applied study of the actual implementation of a language revitalization program on an Indian reservation, this book is meant to offer both best practices and likely problems or areas of difficulty to practitioners working in other Native communities.  Second, as a community and tribal history, it tells the larger story of Standing Rock’s struggle to revitalize its language and culture against great odds.


​COMMUNITY-LED STUDY
Alongside Nacole Walker, the director of the Standing Rock Language and Culture Institute, I am a co-Principal Investigator of the Lakota Language Capacity Building Initiative at Sitting Bull College. Funded by the National Science Foundation, this project aims to strengthen the language capacity of the Standing Rock community by offering intense Lakota/Dakota language instruction to a small class of adult community members. It also aims to help Sitting Bull College and the Standing Rock community, more generally, gain a better understanding of what it means to learn language and the ways linguistic sciences can help the tribal community reach its language goals. Finally, this project documents both fluent speakers and learners in various classroom-based settings to help scholars and community members learn more about the Lakota/Dakota language and more about adult Lakota/Dakota language acquisition.

"The Politics of Native Language Revitalization: Who's Learning Lakota Today and Why," Modern Language Association Convention, Vancouver, BC, 9 January 2015.

Photo courtesy of the Standing Rock Language and Culture Institute